Speciality restaurant at the Hyatt Regency Riyadh Olaya offered food from the countries that border the Aegean Sea (Greece and Turkey).
Jackson Daly prepared a creative story to form the basis of the menu concept. Care was taken to write it from the prospective of an Arab and talk about the Phoenicians sailing west.
A trireme was an ancient sea vessel that was used by the ancient maritime civilizations of the Mediterranean, especially the Phoenicians, ancient Greeks and Romans. With sails at the top and oars below the logo is a representation of the boat ploughing through the Aegean water.
The sail and oars of the ship in the logo is formed of the Arabic word with the English making up the hull. Ancient sailing routes plough across the menu cover in a UV gloss varnish, echoing the reflection and light of Aegean waters. Land meets the Mediterranean Sea through the relief of an embossed surface finished in a matte laminate to give further textural contrast. The logo is centrally placed at the heart of the azure waters, debossed in metallic bronze foil. 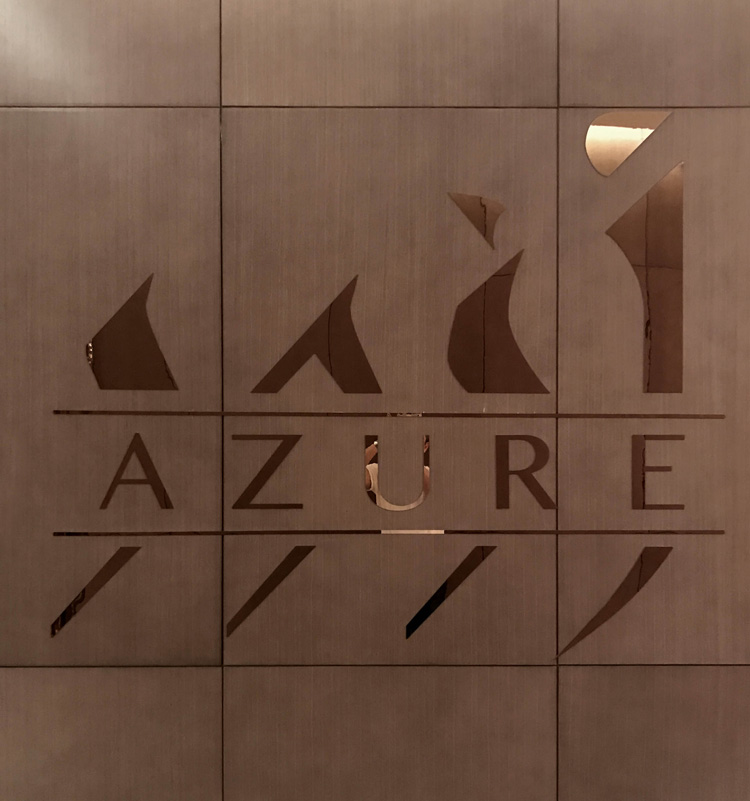 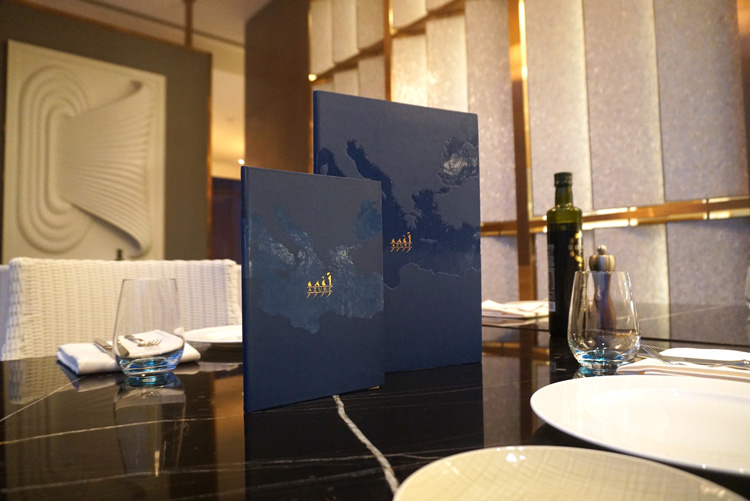 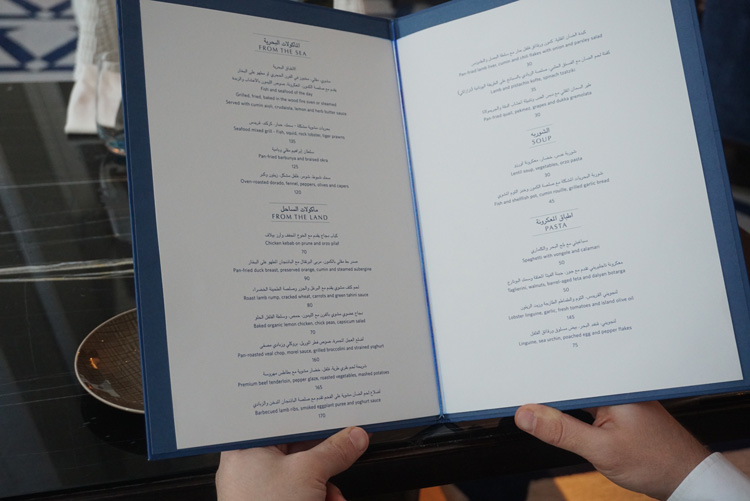